Get out of my house!

A Lawn Full of Funnels: Why Funnel Ants Seem So Intent on Annihilating Your Precious Lawn

Funnel ants are the bane of golf courses, pastures, and lawns. Where ever they take up residence, it isn't long before a landscape of mini-volcanoes springs up. Although they are primarily active underground and are therefore seldom seen, they soon make their presence felt after it rains. These tiny ants, merely 5mm in length, build mounds of dirt roughly 4cm in diameter, after rainfall to dry out their nests. The more mounds your lawn has, the more severe your funnel ant infestation.

Once you are sure that funnel ants have invaded your lawn, it is vital that you act quickly to destroy their colony before they spread even further afield. While you may only have 2-3 funnels right now, within 2-3 years, your entire lawn could be compromised. Every November, sexually mature funnel ants leave the nest to mate. Once mated, they return to the ground to form a new colony. It then only takes 49-60 days to create the next set of workers.

Because funnel ants build such extensive systems of tunnels beneath the ground, they can cause the ground to collapse in areas, making it uneven. Not only is this unsightly, along with the mounds of dirt, but it makes mowing the lawn much more difficult. Anyone walking on the lawn is also at risk of rolling their ankles due to the uneven nature of the ground.

Funnel Ants are Difficult to Eradicate

There are many home remedies that can effectively deal with other ant species, such as boric acid mixtures, white vinegar, and cinnamon for instance but these remedies have little effect on funnel ant colonies. The reason being that funnel ants spend most of their time below the ground. Funnel ant mounds serve two purposes, to dry out nests after rain, and to capture wandering insects.

Funnel ants have little need to roam above ground because they feed on the root sap of certain species of grass, and also on the honey-dew secreted by root aphids. This symbiotic relationship with aphids, whereby the ants protect the aphids from predators in exchange for food, further damages your lawn. Protected as they are, the aphids' numbers may multiply unchecked and they may severely deprive your grass of the sap and moisture it needs to grow. This leads to yellowed, wilted grass that is peppered with dirt mounds.

Although it is legal for a homeowner to apply their insect repellent, if not done correctly, this can be a very expensive and futile exercise. Save yourself the money and time by hiring a pest control service to treat your lawn. A good pest control service can give you at least a 6 month warranty for your money. 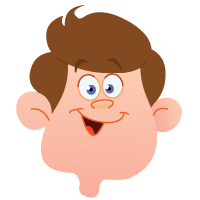 Breakfast is the first meal of the day, one that should set you up for several hours of active, busy life. Nothing turns a breakfast bad like picking up your coffee mug, or a plate, and having a critter skitter out from underneath! Ants, cockroaches and more do their best to work their way into our homes, where they aren't welcome and don't belong. Sometimes ant traps and insect bait are enough, but if you ignore the problem it can quickly escalate to where you'll need professional pest control to get rid of your unwanted guests. Professional pest control can provide a wide range of rates and service, and are worth calling.